This AA quality Arabica variety is first dried by the sun and then exposed to the humidity of the monsoon season in a controlled manner. The Malabar AA monsooned is mainly grown in the state of Kerala in southwest India on the Malabar Coast, at altitudes of 1100-1200 meters above sea level. Malabar AA monsooned is a component of our coffee variety ORAIO RED Espresso.

The Malabar AA monsooned differs from other raw beans already at first sight. The reason for this is that this Arabica variety does not have the typical greenish color that frahling lovers of Arabica varieties are otherwise used to see. In contrast, the Malabar AA monsooned bean is very light and yellow in color. It is also larger and slightly lighter than other raw beans. Due to the particular ripening method used for this type of bean, especially on the Malabar coast, the Malabar AA monsooned gets its very typical aroma. The maturing process usually takes four months. Over the years, the technique has been perfected further and further, and so the popular Monsooned Malabar beans are created in this complex refinement process. Another advantage of the beans is that they contain much less acidity than other Arabica coffee varieties. This makes them particularly mild and digestible. 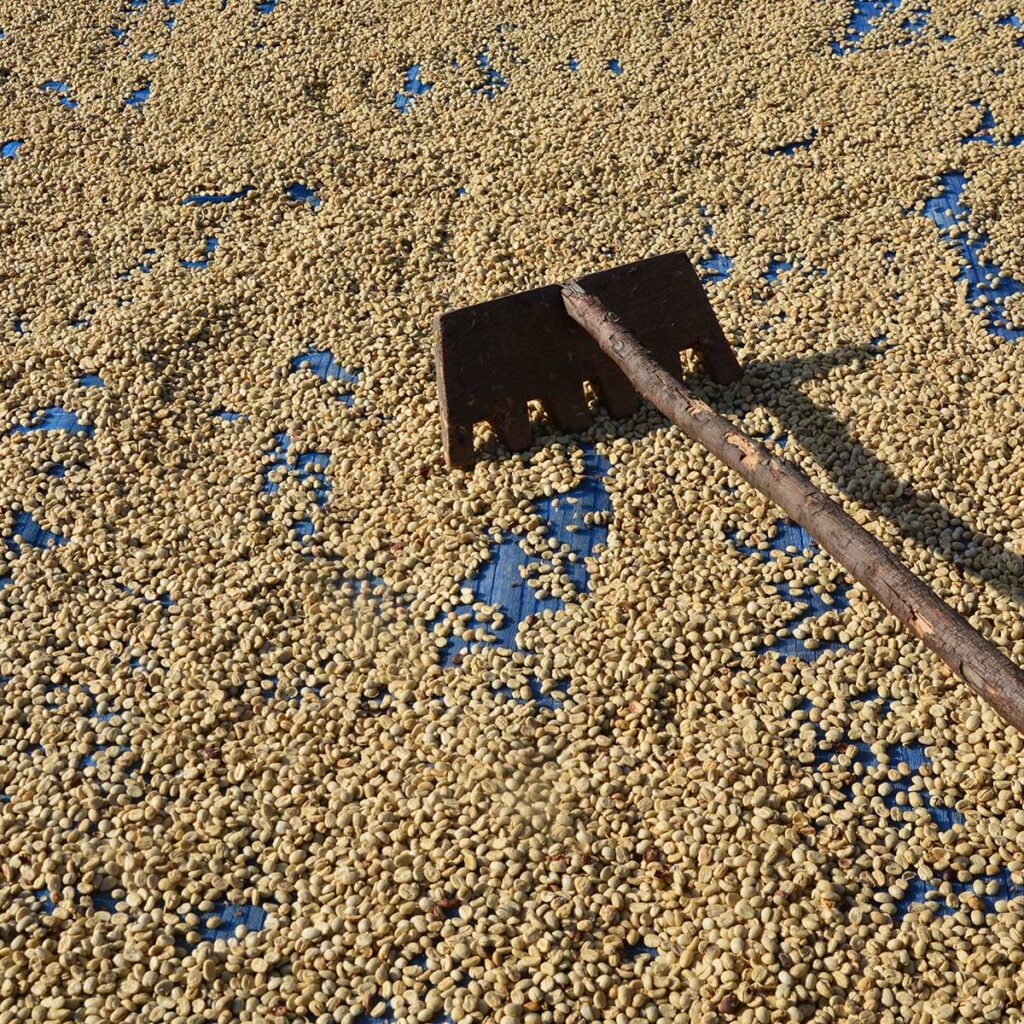 How does the Malabar AA monsooned get its appearance and taste?

The history of the Malabar AA monsooned begins with its transport. This used to be done by sailing ship, took a very long time, and made the beans look and taste very different from other beans. However, with the opening of the Suez Canal and the use of more modern ships, the transport time was reduced considerably. Suddenly it only took weeks instead of months—far too short a time to develop the typical characteristics of the Malabar AA monsooned bean.

So a ripening method was developed that lasted up to four months. In this method, the coffee cherries are peeled, and the unwashed Arabica coffee is spread out on the ground in open storage in even thin layers and turned regularly. This procedure takes about a week. The beans are then repacked in sacks and further exposed to the humid monsoon winds. They swell and, over time, acquire their particular color and flavor. Finally, a further selection is made.