Coffee, health
February 25, 2020
Contents hide
1 So much good in a cup of coffee
2 Antioxidants: an ally in the fight against disease
3 The protective power of coffee
3.1 Breast Cancer
3.2 Prostate cancer
3.3 Diabetes
3.4 Arteriosclerosis, coronary heart disease
4 It all depends on the dose of coffee
5 Conclusion

For many people, coffee is a daily companion at work and in their leisure time. For a long time, the enjoyment of this favorite drink was clouded by reports about its risks. However, new studies point to the health benefits of coffee. The popular stimulant experiences rehabilitation.

It dries out the body. He’s hypertensive. He makes you nervous and irritable. These unquestionable statements about coffee long condemned it as a health risk in the eyes of doctors and laypeople alike. If a patient smoked, consumed alcohol and had an unbalanced diet, coffee consumption was automatically added to the causes of his poor general condition. It is only in recent years that serious studies have begun to look at the ingredients of coffee and their effect on the human organism. The result is impressive, as more than 1000 substances were found in the black pick-me-up, only part of which could be chemically decoded. Coffee is a mystery, but a healthy one: This is the credo from the current state of research.

So much good in a cup of coffee

If you have been drinking your coffee with vague feelings of guilt, you can now put your cup to your lips with new confidence. Because you support your health sip by sip with complex ingredients. Here is an overview:

Antioxidants: an ally in the fight against disease

Oxygen can form aggressive compounds in your body that attack your cells. These compounds are called free radicals. Antioxidants intercept free radicals and thus keep your cells healthy. A sufficient supply of natural antioxidants is, therefore, an important nutritional foundation stone. And this is where coffee can score with two ingredients: The chlorogenic acid and caffeic acid, both of which belong to the polyphenols. Chlorogenic acid is a powerful antioxidant. It also slows down the absorption of glucose and lowers blood pressure. Caffeic acid is found in many plants, but especially in the coffee bean. Caffeic acid also has an antioxidant effect and inactivates numerous potentially carcinogenic substances. It can also reduce the risk of stomach cancer.

The protective power of coffee

Many studies have been published in recent years in the context of coffee rehabilitation. The question was always Can a drink to which a general health benefit is attributed have a positive influence in the case of a specific clinical picture?

Antioxidants are powerful allies of the body in the fight against the development of cancer. On this basis, and because coffee contains many of these useful antibodies, the Karolinska Institute in Stockholm surveyed 6,000 Swedish women on breast cancer and coffee consumption. The result: women who drank more than five cups a day were 20 percent less likely to fall ill than test subjects who drank only one cup a day or no coffee at all. The results of the study were published in the journal ‘Breast Cancer Research’ (https://breast-cancer-research.biomedcentral.com/articles/10.1186/bcr2879).

Scientists from Harvard Medical School evaluated a long-term study that examined 50,000 men every four years for prostate cancer over a period of 20 years. The living conditions and eating habits of the study participants were also examined. Coffee drinkers with more than six cups a day had a 60 percent lower risk of illness compared to the coffee abstainers. It did not matter whether the coffee consumed contained caffeine or not – an indication of the active complex of antioxidants (https://academic.oup.com/jnci/article/103/11/876/2516503).

Coffee is a strong ally against diabetes. A classic study on this topic is the Hoorn study, which already in 2002 pointed out the connection between coffee drinking and protection against type 2 diabetes (https://www.diabeteszorgsysteem.nl/hoorn-studiedirect-studie/). More than 17,000 people were observed over several years under the aspect of diabetes and coffee consumption. The result: people who drank more than seven cups of coffee a day had the lowest risk of diabetes, i.e. half the risk. The substances in coffee have a positive influence on the glucose balance and can delay the transition from metabolic syndrome to diabetes.

Protection against arteriosclerosis and coronary heart disease by drinking coffee? After all the warnings about the dangers of caffeine for the cardiovascular system, this connection seems unlikely. And yet studies show that coffee protects and helps here too. Famous is the Framingham Heart Study, which investigated an entire small town for ten years on the subject of heart and nutrition (https://www.britannica.com/event/Framingham-Heart-Studay). The result: a 43 percent lower cardiovascular mortality of moderate drinkers (up to four cups daily) compared to non-coffee drinkers. The abundant polyphenols appear to protect against oxidative stress and arteriosclerosis when combined with caffeine.

It all depends on the dose of coffee

Coffee drives away depression. Coffee is good for the liver. Together with exercise and a healthy diet, coffee protects against Alzheimer’s disease. Among the numerous health applications of the popular hot beverage, there are a number of recent studies that prove the health potential of the coffee bean. However, as with everything in life, it all depends on the measure. Although a recent study by the renowned Queen Mary University concludes that the consumption of 25 cups of coffee is harmless, such a maximum consumption should probably not be made a rule. The University of South Australia has dedicated a comprehensive study to the limits of healthy consumption (https://academic.oup.com/ajcn/article-abstract/109/3/509/5369955?redirectedFrom=fulltext). The data of more than 340,000 people were evaluated. It is undisputed that caffeine and high blood pressure – and thus the risk of cardiovascular disease – are related. Published data suggest that up to six cups of coffee a day is not only safe but even protects the cardiovascular system. With each additional cup the risk of disease increases.

For pregnant women, the World Health Organization (WHO) has issued clear rules: 300 mg caffeine maximum, i.e. three cups of coffee a day. Even stricter limit recommendations apply to children and young people. No coffee should be drunk at all under the age of 14. The rule of thumb for calculating the quantity is 3 mg caffeine per 1 kg body weight. This means that a young person weighing 50 kilograms is allowed to drink one and a half cups of coffee per day (https://www.bundesregierung.de/breg-de/aktuelles/koffein-die-dosis-machts-1649340).

If you are one of those frahling lovers who have so far put their cup to their lips with a small portion of guilt, you may breathe a sigh of relief in the future – because all studies indicate that coffee consumption is safe up to the sixth cup every day. From now on you can even prepare your baverage filtered or espresso with a particularly clear conscience: The numerous new studies on the effects of coffee have underpinned numerous health effects of the European favorite drink. Enjoy and do something good for your body: This combination works best with a cup of freshly brewed coffee. Our recommendation is ORAIO BLACK, it is neither too strong nor weak. 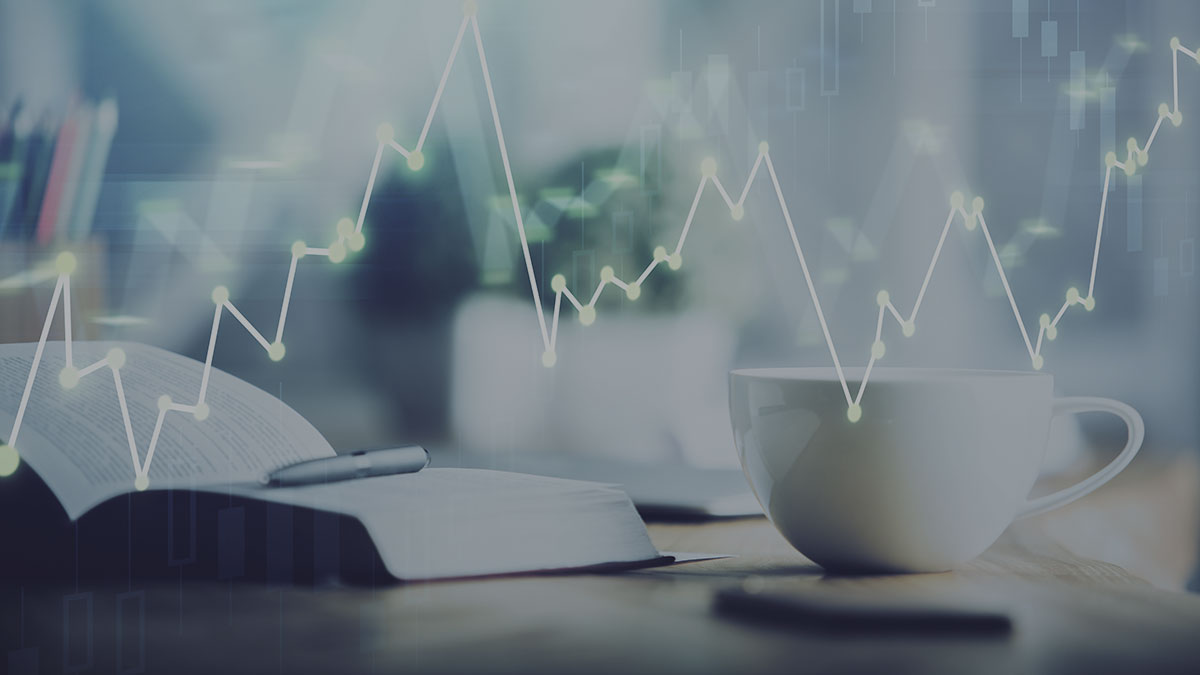 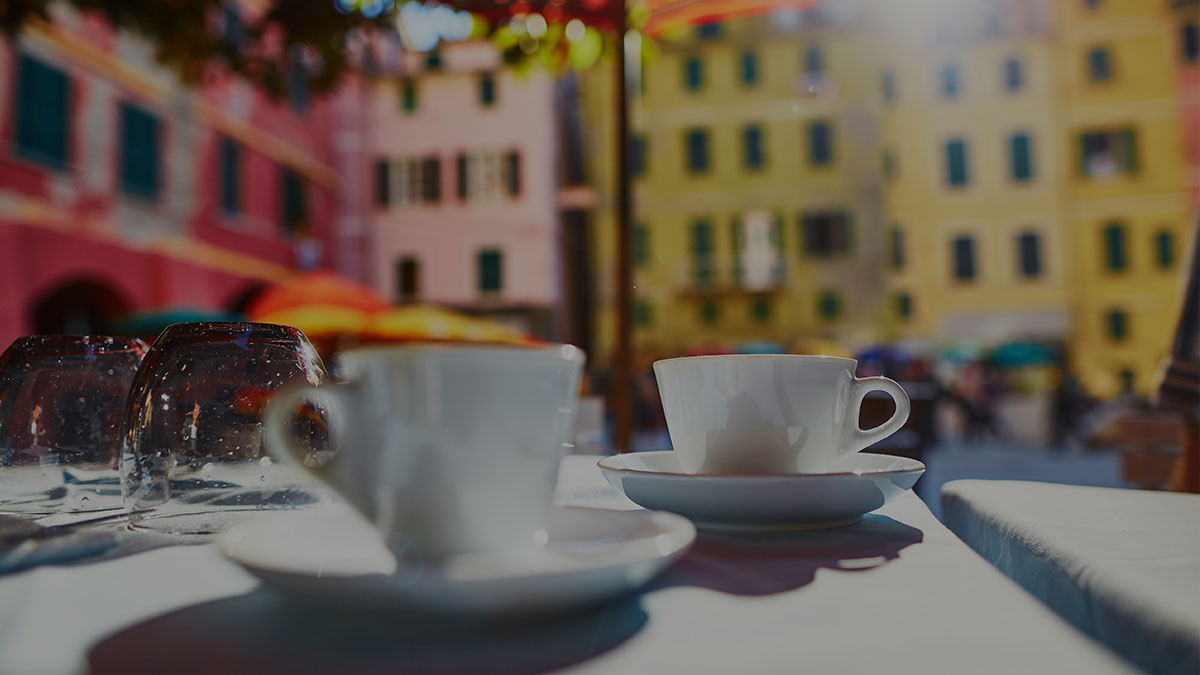 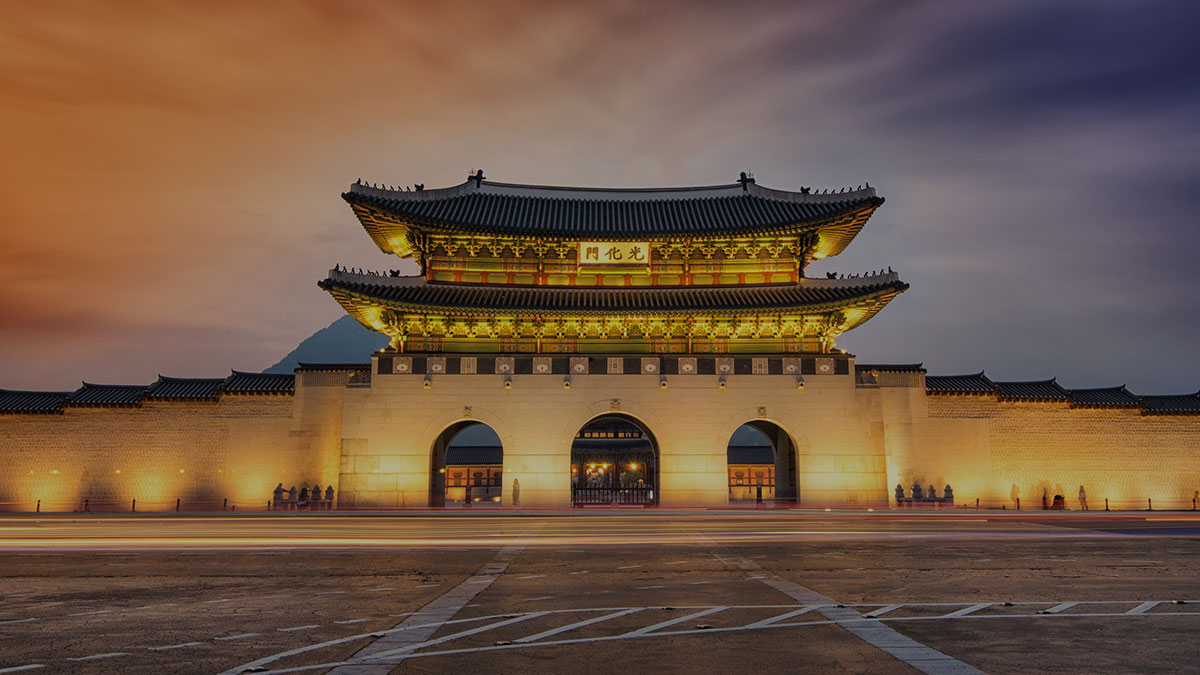 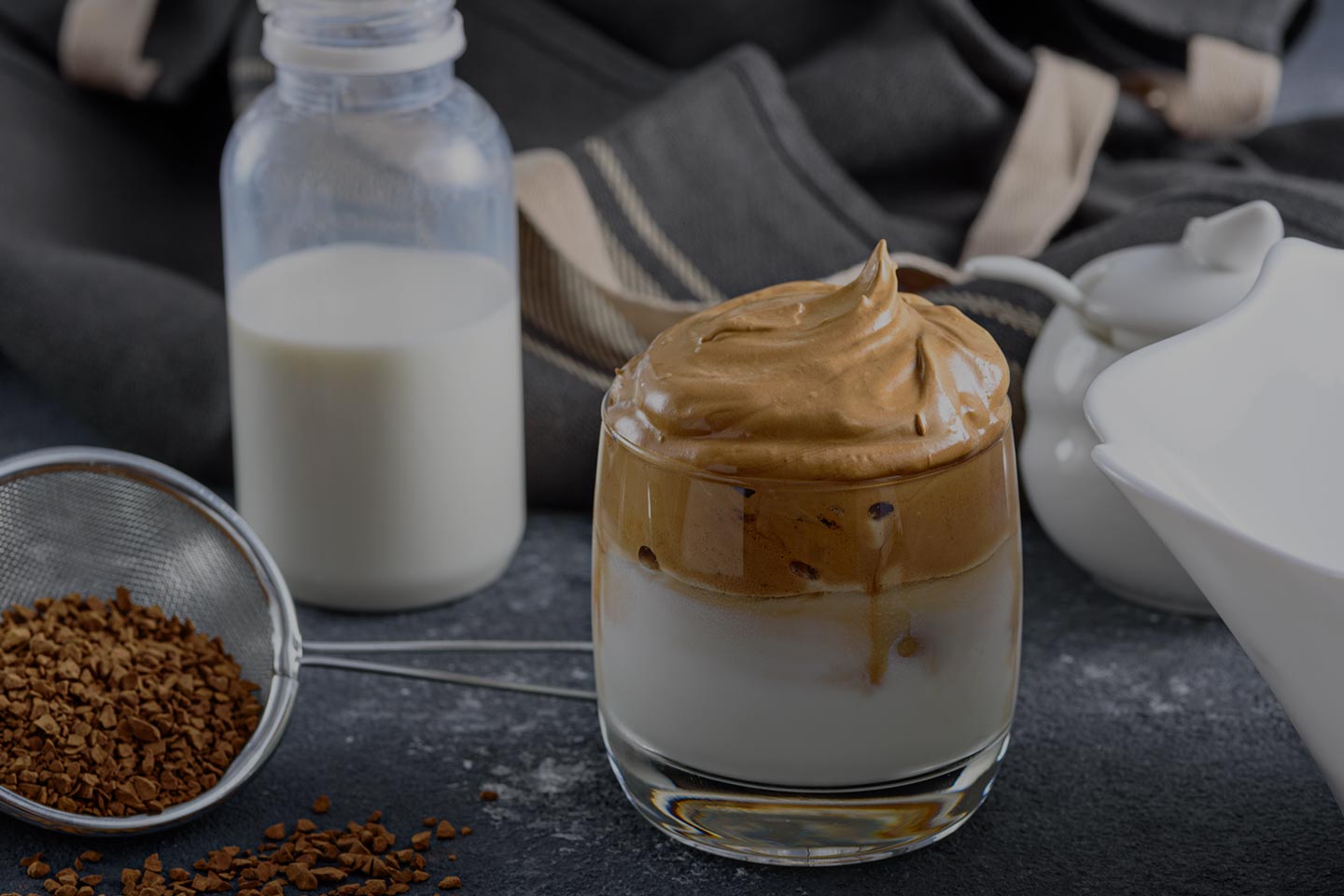 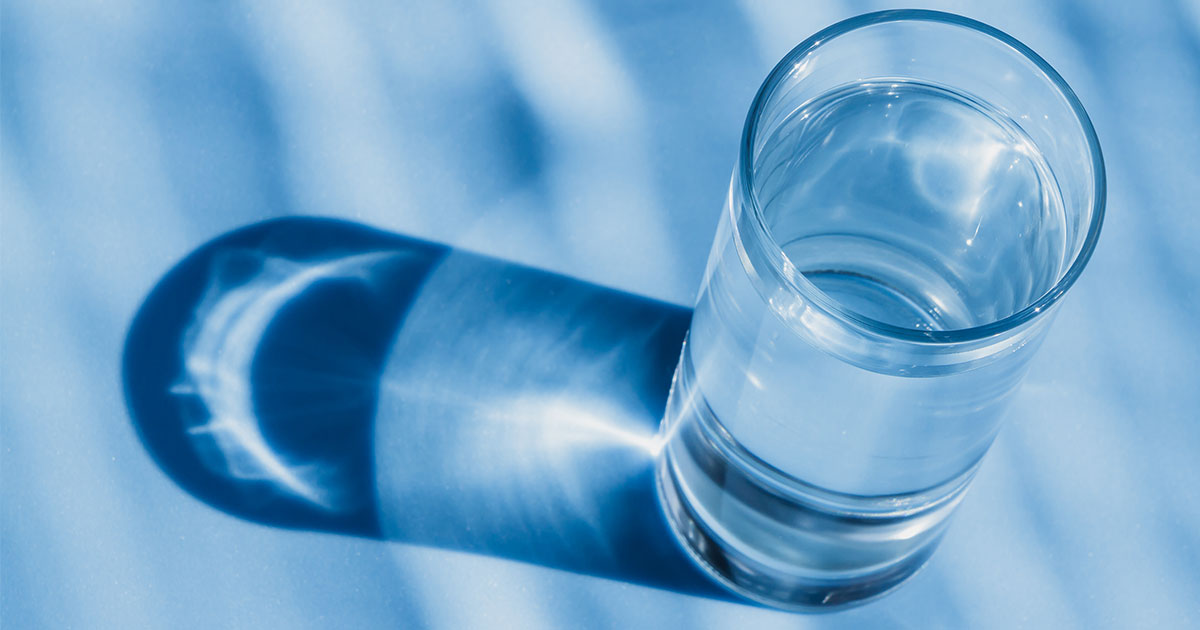 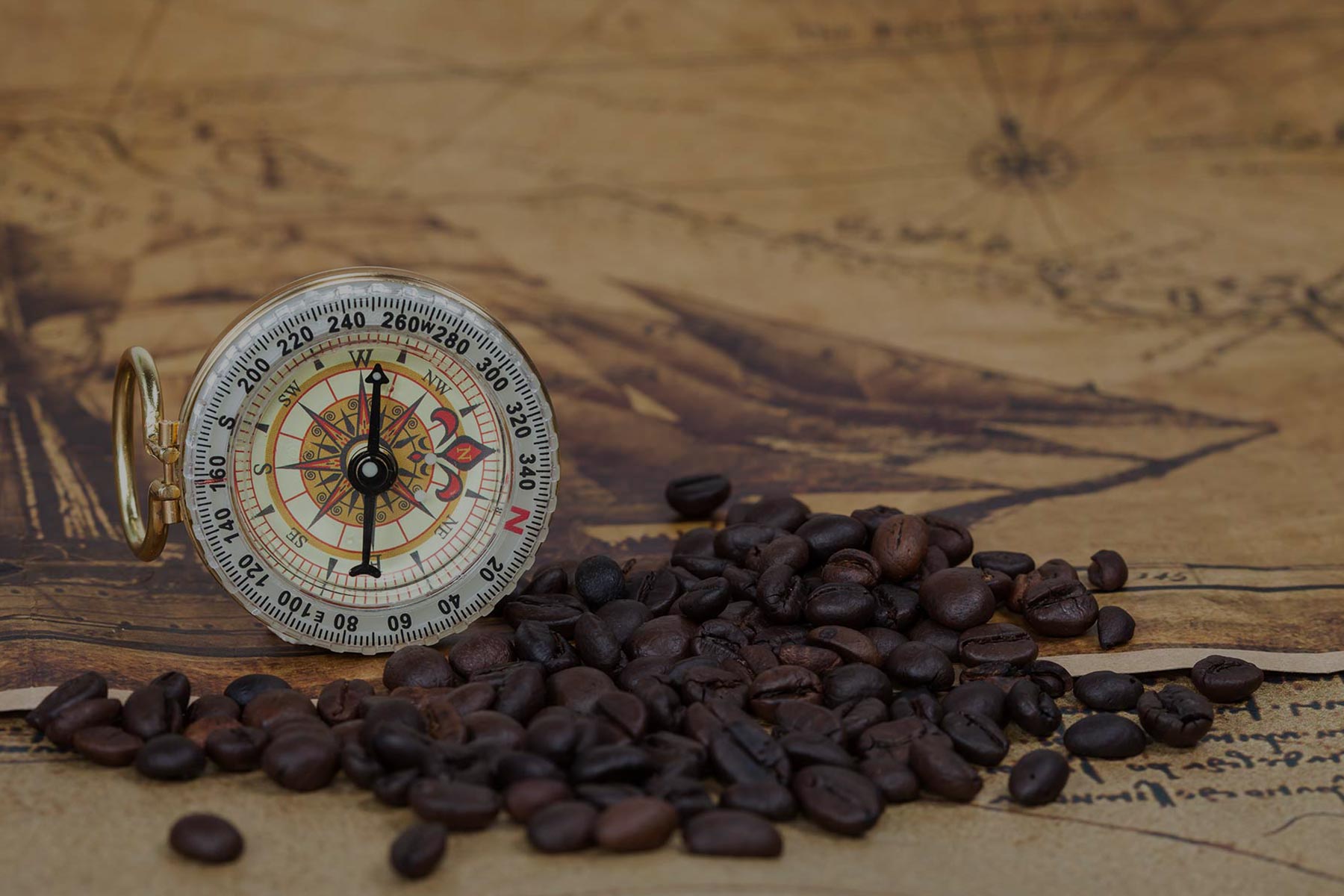 Next Post
From the origin and spread of coffee 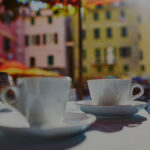 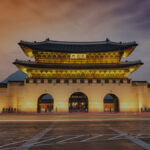 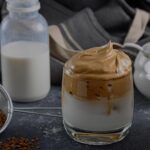 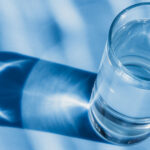 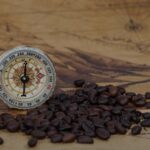